HomeHealth StoriesTurmeric therapy – effective without the side... 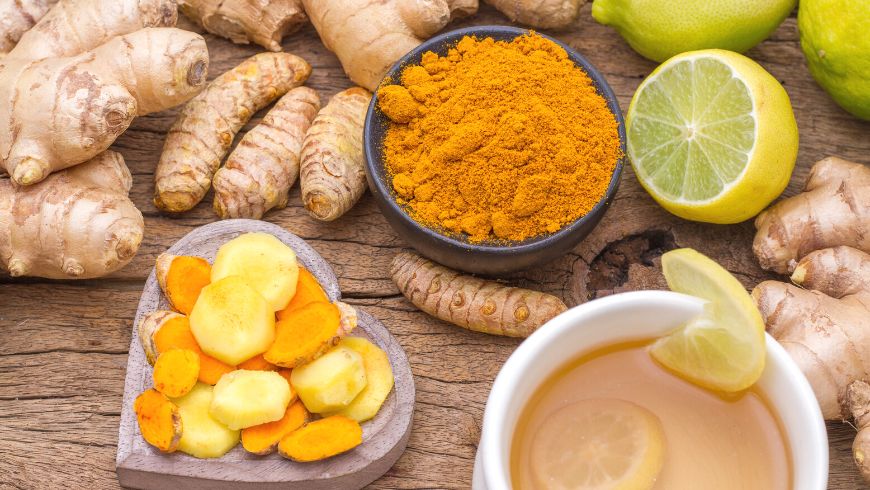 Recent studies globally are discovering all the incredible benefits the root has. It contains potent antibacterial, antiviral, and anti-fungal properties. It’s gaining mainstream popularity, popping up everywhere, from iced lattes and face masks to health supplements.

Turmeric has evolved as one of the world’s foremost natural health foods. In some studies, it has been found that Turmeric has numerous cell signalling effects and is quite effective against the common flu ( Type A Influenza) and may be recommended over other drugs due to its zero side effects (2009 edition of “Emerging Infectious Diseases”). Curcumin found in Turmeric is one of the most potent natural antioxidants, which keep our immune system healthy and strong.

What is Bio-availability: The ability of a drug or other substance to be absorbed and used by the body. Bioavailability refers to the extent and rate at which a drug or metabolite enters systemic circulation, thereby accessing the site of action.

Turmeric by itself in any form (raw, powder, capsule) does not get absorbed well by the body. Without activators that increase its absorption by the body, the health benefits will be minimal. The most active ingredient in Turmeric is “Curcumin,” constituting 2 to 8 percent of Turmeric. The Curcumin content in Turmeric varies in different varieties and quality of Turmeric. High-Grade natural Turmeric will have more Curcumin content (5-7.5 percent). Turmeric is best absorbed with fatty foods such as eggs, vegetable oils ( coconut oil, olive oil), nuts, nut butter, avocados, fish, etc. The most popular choice is to take Turmeric with Black pepper. Black Pepper has a compound called Piperine. The helps the body to absorb as much as three times more Curcumin when you take the two together.

Earth Signature High-Grade Turmeric Blend formulation has Turmeric sourced from the Alleppey region of Tamil Nadu in Southern India, with one of the highest curcumin content available. The Blend is a mix of Turmeric and 7 powerful herbs & spices, including Black Pepper, increasing the maximum absorption of Turmeric such that the Curcumin will be directly absorbed into the bloodstream.

Our ancestors learned its usage through repeated use and applied experimentation. Recent studies have shown Curcumin in Turmeric, an important antioxidant, and other types of polyphenols present in Turmeric are beneficial to our health in different ways. Different polyphenols may actively remove neurotoxins and inflammatory agents from the central nervous systems (brain and spinal cord) and can take preventive measures against neural problems, reducing the chances of dementia and Alzheimer’s disease. These components can also tackle issues related to immunity, heart, respiratory system, infection, skin, wounds, et al. Studies show that the use of Turmeric may reduce clods of platelets in the blood, thus reducing problems related to blood circulation throughout the body. Turmeric is seen to be effective against gastrointestinal issues like indigestion, gall stone, etc. In India, it is highly used to bring a natural glow to the skin. Studies suggest it works against parasitic bacteria, a fungus that acts as pathogens in our bodies.

One would be astonished to see different uses of Turmeric across geographic boundaries and in traditional medicinal practices like Ayurveda, Siddha, Unani, and Chinese traditional medicines, through direct extraction, mixture with other herbs, natural chemicals, etc. It can be used in a paste, powdered form, or can even be directly chewed raw. Due to its anti-pathogenic properties, Turmeric effectively cures wounds and puss formation in the eyes and ears. Unani medicines also suggest Turmeric as a component to be used as a cure for liver problems, jaundice, ulcer, etc. Even sometimes roasted Turmeric is also used as a medicine against arthritis and bronchial asthma. It may act as an instant painkiller due to its anti-inflammatory properties, and some even consider it as a natural prevention against cancer.

Turmeric can also help with work-out-induced muscle soreness and inflammation, boosting the recovery and performance of inactive people. Its anti-inflammatory properties can perform similarly to over-the-counter drugs like ibuprofen but without side effects. Turmeric is a natural antioxidant and can help you fight oxidative stress, a condition where free radicals trump your body’s antioxidant defenses. Oxidative stress and chronic inflammation pave the way for numerous ailments.

Turmeric has been used medicinally for various conditions, including Rheumatoid arthritis, Skin allergies, and it improves digestive disorders such as IBS. The list goes on: There aren’t many conditions where Turmeric can’t benefit, although some are more well-researched and publicized.

Note: Talk to your healthcare professional about ways to incorporate Turmeric into your diet and Curcumin into your supplement plan. Turmeric, combined with the right foods and lifestyle strategies, this powerhouse spice can provide numerous benefits and prove a valuable component to your healthy-living plan.

Curcumin prevents the growth of Helicobacter pylori, a microbe that causes Gastric ulcers and Cancers.