Turmeric: A Spice with a Four Thousand Year History.

HomeHealth StoriesTurmeric: A Spice with a Four Thousand Year... 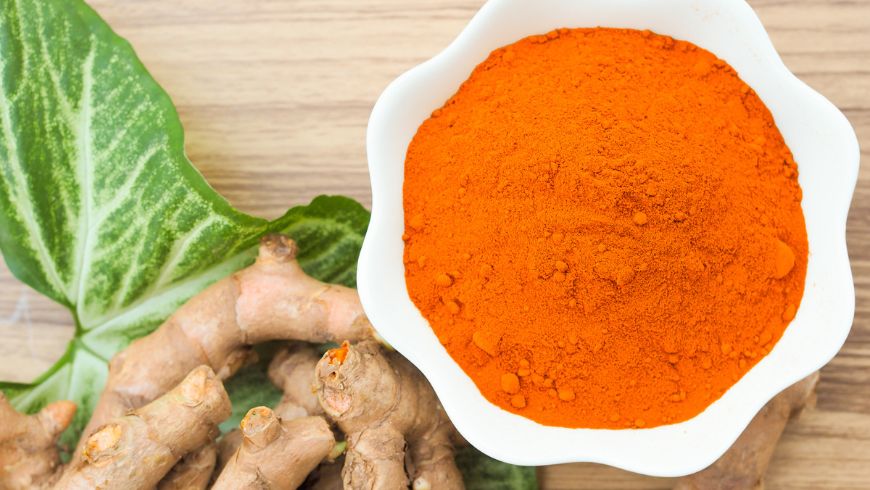 Turmeric finds its place in the historical accounts of the Vedic Period/ Vedic Age in India (( c. 1500 – c. 500 BCE), some 4000 years ago, where it was used as a culinary spice and used in religious ceremonies and rituals. Historical records claims, Turmeric most likely reached China by 700 AD, West Africa by 1200 AD, East Africa by 800 AD, and later Jamaica in the eighteenth century. In 1280, Marco Polo recorded this spice in his travel papers, describing it as a vegetable that exhibited similar qualities to that of saffron. As mentioned earlier, Turmeric finds mentioned in ancient Sanskrit medical treatises and Ayurvedic and Unani medicine systems. Sushruta’s (Ancient Indian Physician) Ayurvedic Compendium (Sushruta Samhita), dating back to 250 BC, even specifically prescribes an ointment containing Turmeric to mitigate the effects of poisoned food.

Turmeric ( Botanical name: Curcuma longa) is a rhizomatous herbaceous perennial plant of the ginger family (Zingiberaceae) is native to tropical South Asia. It is noteworthy that over 133 species of Curcuma have been identified worldwide. The ideal temperature required for the turmeric plant is between 20°C and 30°C and a good amount of annual rainfall to thrive. The plant grows to 1 m and has long oblong leaves. Turmeric is derived from a tuberous rhizome (root) with rough and segmented skin. The rhizomes of the plant mature beneath the foliage underground. They are usually yellowish-brown with a dull orange interior that is pointed or tapered at the distal end, with smaller tubers branching off. When the turmeric root is dried, it can be ground to a bitter, slightly acrid, sweet-tasting yellow-orange powder.

India is the world’s largest producer and consumer (close to 80%) of Turmeric. Indian Turmeric is considered the best in the world due to its inherent qualities and high content of the important bioactive compound Curcumin. South Indian city Erode in Tamil Nadu is the world’s largest producer and a major trading center of Turmeric. It is also known as “Yellow City,” “Turmeric City” or “Textile City.” Sangli, a city in Maharashtra, is second only to Erode in size and importance as a production and trading site for Turmeric.

The turmeric rhizomes must be processed before Turmeric can be used; the processing includes boiling or steaming the rhizomes to discard the raw odour and gelatinize the starch that, produces a more uniformly coloured product. Modern Turmeric processing involves placing the rhizomes in shallow pans in large iron vats containing alkaline water (e.g., sodium bicarbonate solution). The rhizomes are then boiled for 40–45 minutes (in India), depending on the variety. To avoid overcooking, the rhizomes are immediately taken out from the water and sun-dried. It is to be ensured that the final moisture content should be between 8% and 10% (wet basis). As a test, finger tapping of the rhizome would produce a metallic sound, ensuring that it is sufficiently dry. The rough surface of the dried rhizomes is later polished smooth. The rate of deterioration of Turmeric powder is reduced by protecting it from sunlight.

Turmeric is a spice and also a medicinal herb that can be consumed in powdered form, paste form, extracted liquid form, tablet form, or taken directly with any food. There is no wrong way to take Turmeric; we only recommend not boiling it, so if you are cooking something hot, like a curry, it is always advisable to stir it at the last minute. One of the nicest ways to take Turmeric is to put a teaspoon in a cup of warm milk of your choice with some manuka honey; this will also help soothe your throat!

Turmeric has been greatly valued in Eastern cultural traditions for over 4000 years for its warm, peppery flavor and natural healing properties. In particular, Indian recipes extensively uses Turmeric as one of the key ingredients of various cuisines, though not only for the nutritional benefit. Turmeric has long been revered as a “holy powder” in India and has been used for centuries. Recent studies are discovering a whole new set of incredible health benefits the root offers. The activities of Turmeric include antibacterial, antiviral, anti-inflammatory, antitumor, antioxidant, antiseptic, cardio-protective, hepato-protective, nephroprotective, radio-protective, and digestive activities. Phytochemical analysis reveals many compounds with potent pharmacological properties, such as Curcumin, Volatile oil, and Curcuminoids, are present in Turmeric.

In 1280,  Marco Polo,  mentioned Turmeric in notes of his travels in China.