Turmeric – A Natural Remedy and Much More

HomeHealth StoriesTurmeric – A Natural Remedy and Much More 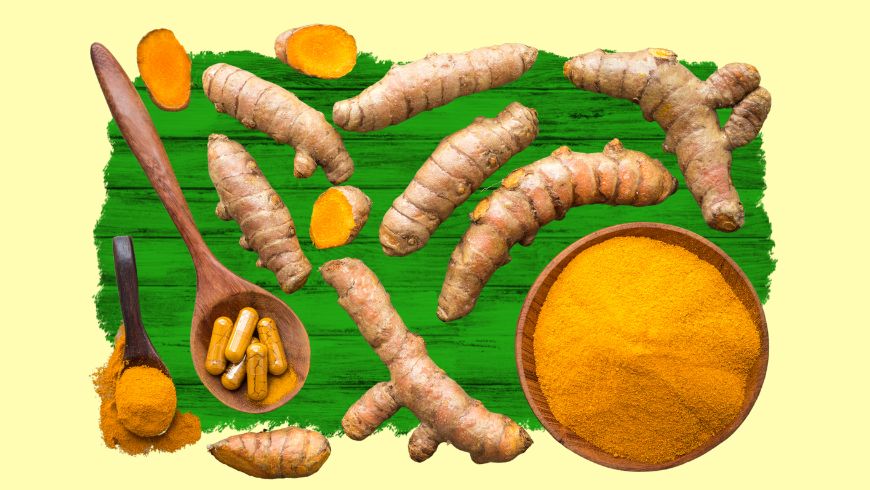 Research shows a significantly low frequency of certain diseases among certain populations that use turmeric daily. The possible benefits are rewarding enough to consider making it a part of your daily diet.

Turmeric, scientifically known as Curcuma longa, is widely used across several countries across Asia Middle East, Africa and other regions as a major spice, herb, and as a remedial medicine. From India and South East Asia, it has made its way through medical research, culinary, religion, and many other aspects of society. This wonder spice is considered to make the body naturally immune to several ailments and fights against several other diseases and pathogens; it is one spice that has attracted worldwide research and application in modern medicine. For those who seek natural health cures, it is one of the major herbs that nature provides us to maintain good health and prevent and cure several ailments.

Why are so many people, like researchers and traditional medical practitioners, interested in turmeric? Keeping aside the indigenous knowledge gained by regular practice and applications that generated ample historical documentation, recent studies show that Turmeric contains an important antioxidant – Curcumin and other polyphenols which may benefit our body in different ways. Direct and indirect consumption of turmeric may help us deal with issues related to immunity, heart health, respiratory system, infection, skin issues, wounds, and many others. Natural compounds in turmeric may reduce clods of platelets in the blood, thus reducing problems related to blood circulation. It may take preventive measures against neural issues, reducing the chances of Dementia and Alzheimer’s disease, by supplying the polyphenols that can remove neurotoxins and inflammatory agents from the central nervous systems (brain and spinal cord). It is considered that Turmeric strengthen the immune system by boosting antibodies.

Studies suggest that Turmeric works against parasitic bacteria and fungi, which act as pathogens in our body; it also helps prevent and treat gastrointestinal problems like indigestion, gall stone, etc. In India, traditional medicines like Indian Ayurveda, Siddha, Unani, and ancient Chinese therapeutics, etc., have been using it through ages in different forms – direct extraction, boiling, mixing with other herbs and natural chemicals, etc., according to the purpose. It can be used in paste or powdered form and can even be directly taken. Studies have also suggested that using some other natural components might be necessary to make Turmeric more bio-available to see faster and better results. Due to its anti-pathogenic properties, Turmeric works effectively in curing wounds and puss formations in the eyes and ears; however, the application methodologies vary according to the problem and the practitioners’ treatment process.

Turmeric is suggested as a component for medicines to cure liver problems, jaundice, ulcer, etc., by Unani practitioners. Roasted Turmeric is also used for various medicinal uses. If one is considering burning body fat, then using turmeric in daily diet is a viable natural option. Not only that, but Turmeric may also be effective against painful Arthritis and Bronchial asthma. Due to its anti-inflammatory properties, it may act as an instant painkiller. It is also considered to be a preventive natural agent against cancer.

Turmeric can be consumed directly or taken with milk, or mixed with food items in powdered form, paste form, extracted liquid form, tablet form, and in many other ways according to the purpose and user’s choice. Using it makes food healthy and nutritious and gives the food a delectable colour and aroma. It is cultivated widely across India and other Asian countries and in other places worldwide. Mainly the rhizome part of the plant is used, and it is the Curcumin that gives it a distinct dull orange/yellow-red earthy colour.

It can be suggested that turmeric is a gift of nature worth trying, to maintain a healthy life. Its medicinal applications and utility are well acknowledged worldwide, and researchers are making sincere efforts to find more conclusive evidences and its utility to combat more ailments. It can be inferred from the low frequency of certain types of diseases among the populations using turmeric daily and hence are now being cultivated at different places in the world. The possible benefits are rewarding enough to consider making it a staple in your diet chart.